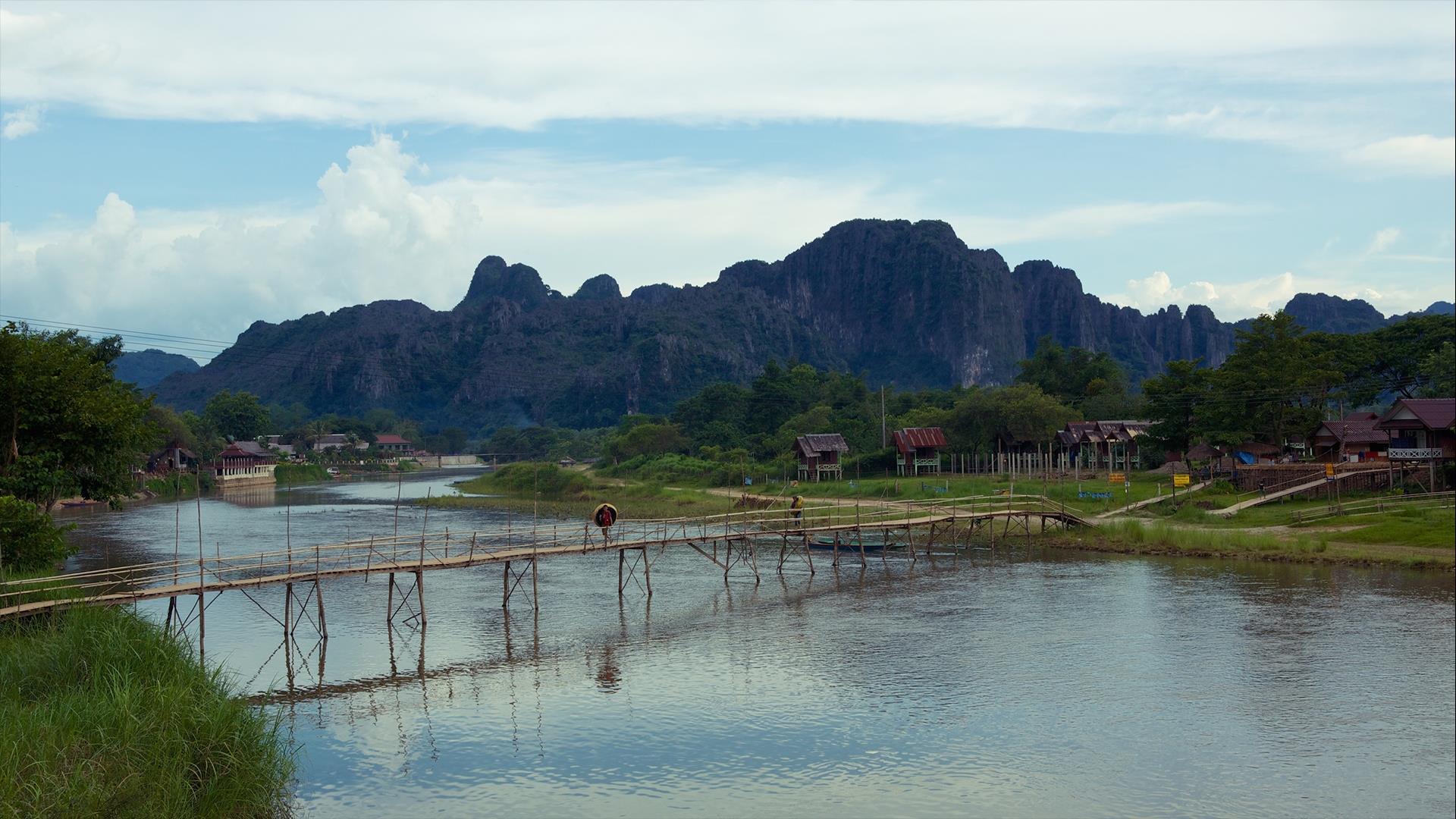 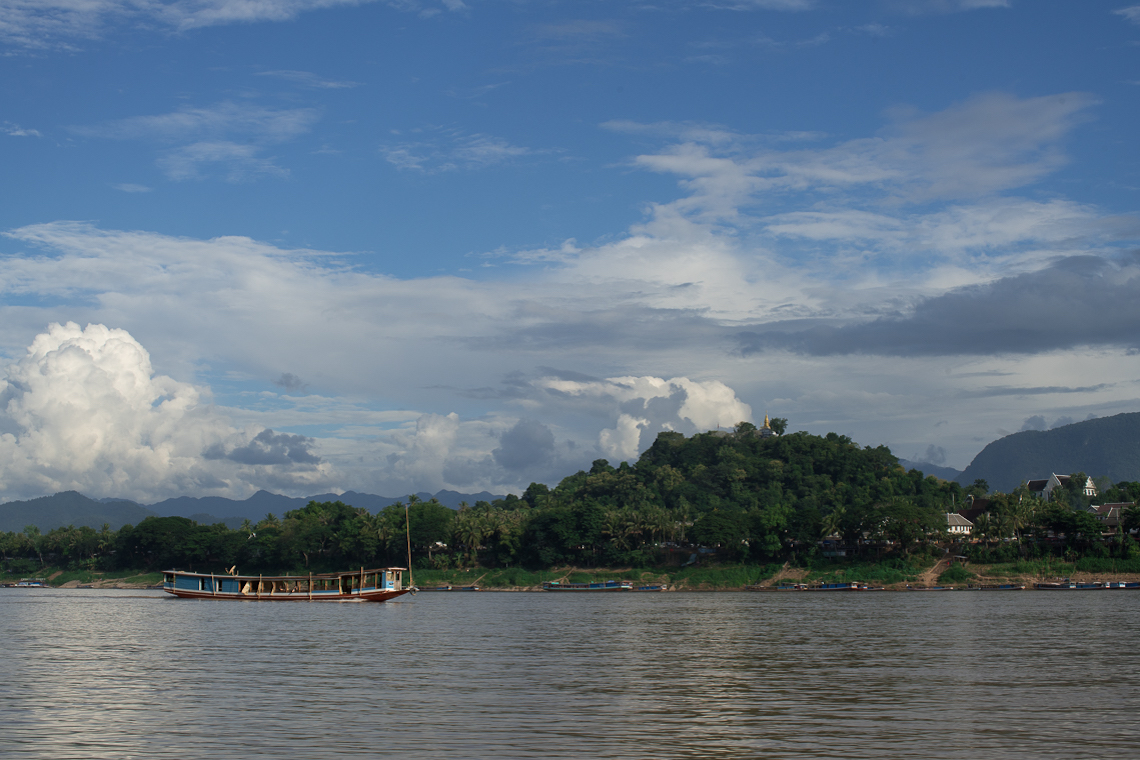 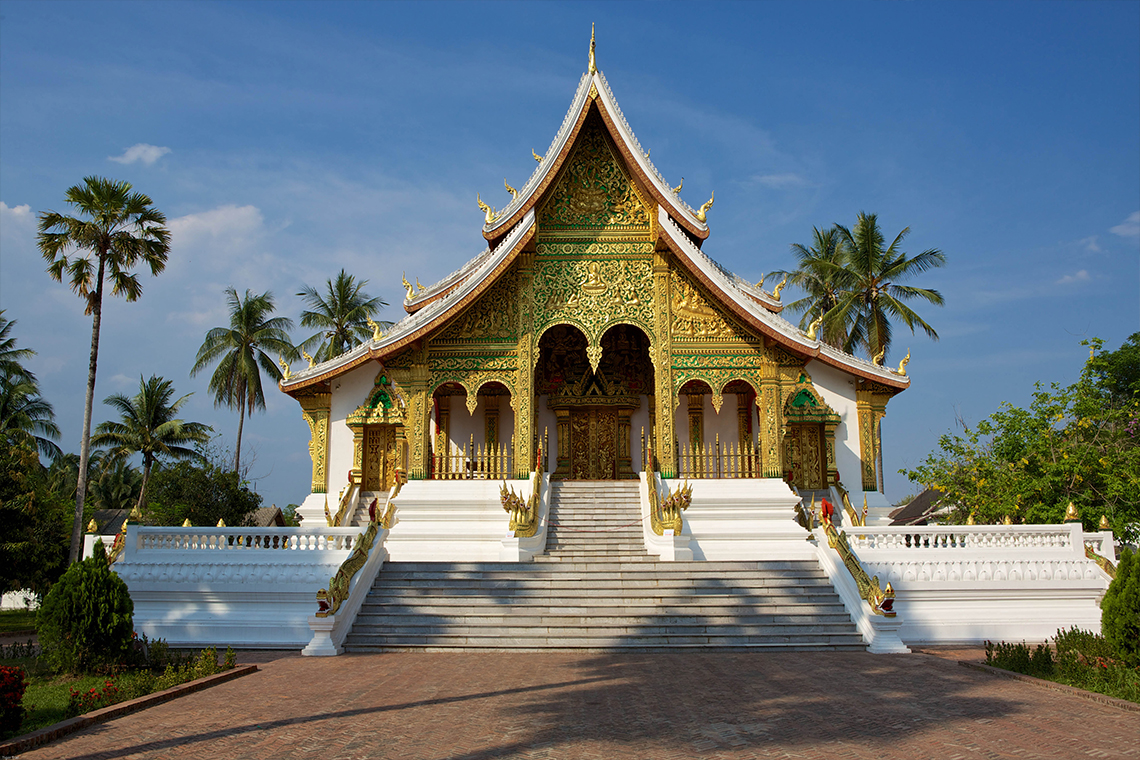 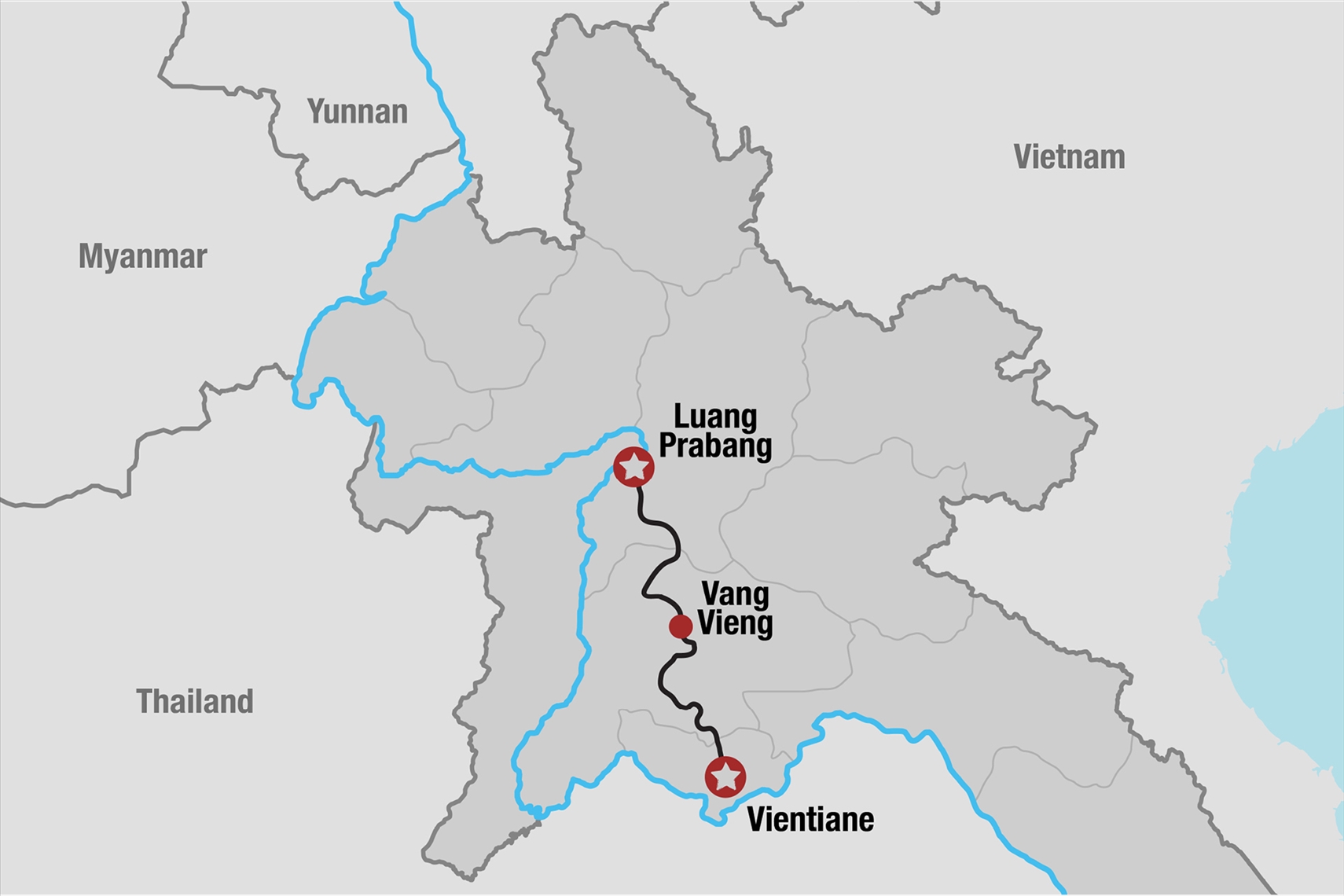 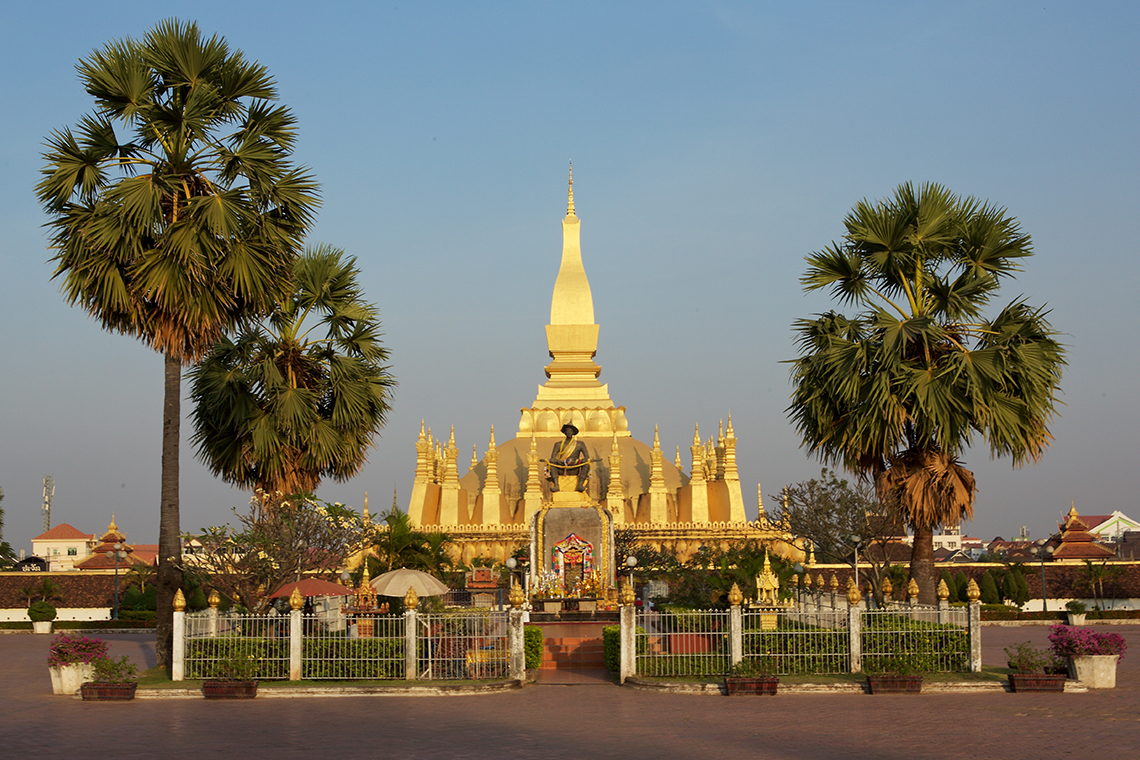 After visiting Vientiane, the capital of Laos, travel through the stunning mountains to UNESCO World Heritage site Luang Prabang, with a stop in the scenic valley of Vang Vieng. Along the way, you’ll see historic temples, cruise down scenic rivers on relaxing boat rides, explore limestone caves, and take in the breathtaking scenery from mountain heights and emerald valleys on this unhurried route to Luang Prabang.

After your airport transfer to the hotel, you'll visit the most famous temples in town: Wat Sisaket, Wat That Luang, Pho PraKeo and the city gate Pratuxai.

You'll depart from Vientiane with a local guide and drive to Vang Vieng, known fir its low-lying valley studded with limestone karst formations, on Route 10. On the way, we'll stop at a fish market in Ban Tha Heua where you can view the abundance of fish indigenous to Laos. After touring an organic farm just outside Vang Vieng town centre, depending on weather conditions, we'll either take a small boat down the Nam Song River or continue driving into into town. There, you'll visit one of the Tham Chang Cave, which has a stunning view of the valley (and is easily accessible for everyone), before heading to your hotel nearby the river.

*Optionally, you can explore another side Nam Song River and the Vang Vieng landscape by a guided bike tour

After breakfast at the hotel we'll depart for Luang Prabang. Have your camera ready out for a photo-op at Pathang you won’t want to miss. We'll continue on a mountainous and road with breathtaking views. The drive is among the most beautiful in Laos, winding up and down and offering spectacular views, from jungle to low-lying valleys studded with the limestone Karst formations. We'll stop at Phoukhoune, with its lively market and fresh air, and enjoy lunch at the local restaurant Kiewkacham, before continuing toward Luang Prabang. After lunch, we'll pass traditional and picturesque Hmong and Kamu villages.

This beautiful city was the royal capital and seat of government for the Kingdom of Laos until the communist takeover in 1975.  The main part of the city consists of four main roads located on a peninsula between the Nam Khan and Mekong rivers. The city is well known for its numerous Buddhist temples and monasteries. Every morning, hundreds of monks from the various monasteries walk through the streets collecting alms. One of the major landmarks in the city is Wat Phou Si, which sits on the large steep hill near the peninsula.