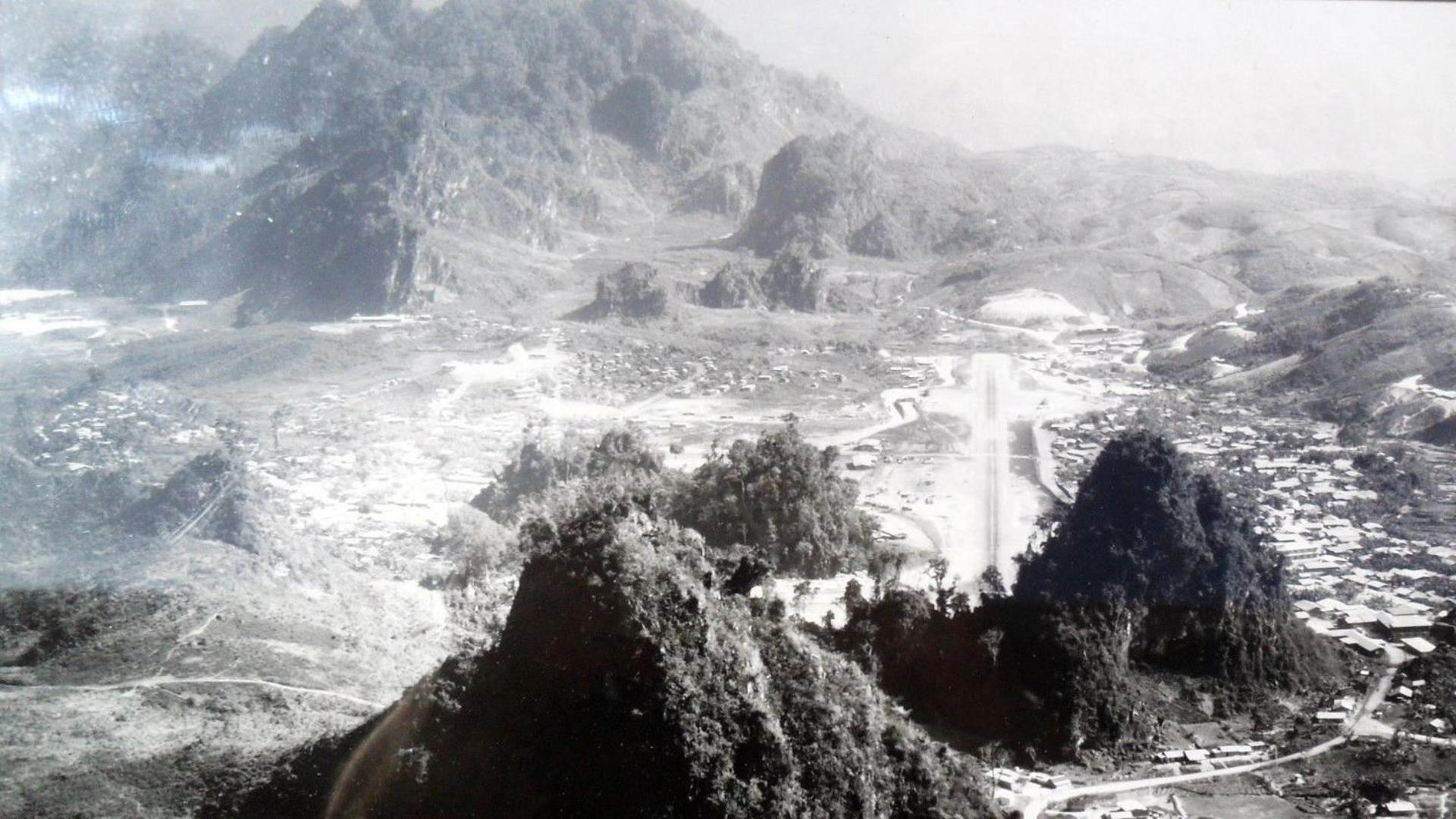 The Heart of Laos 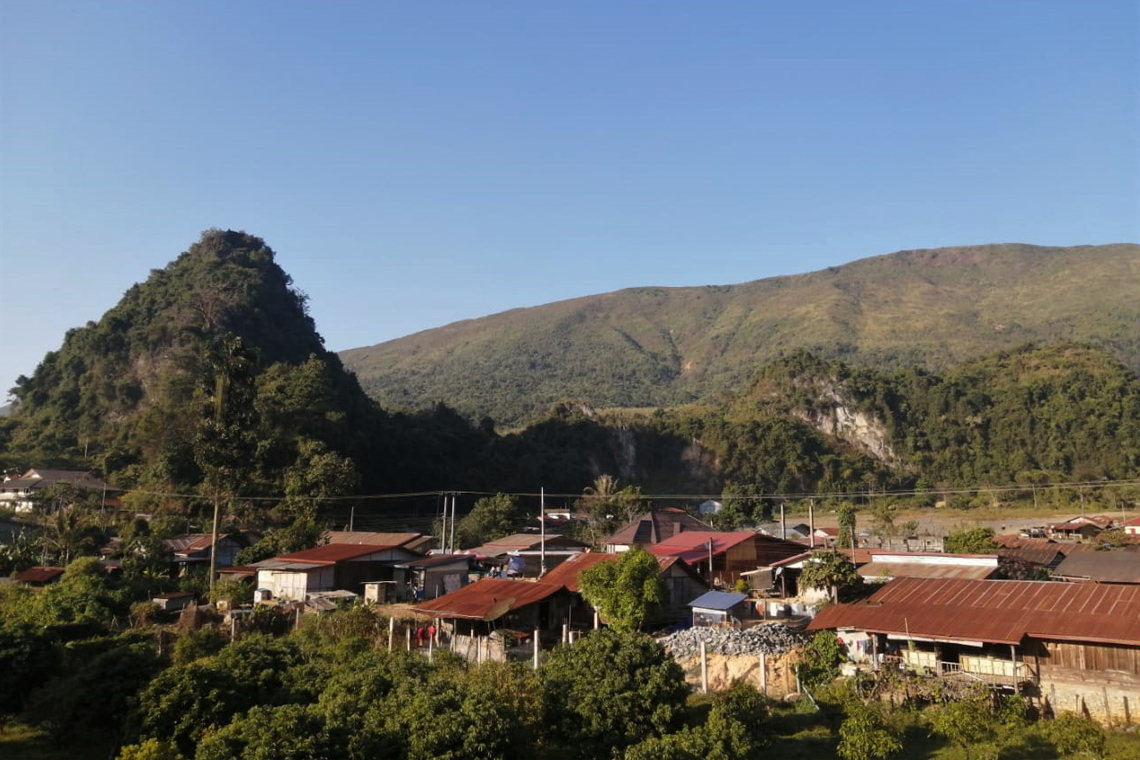 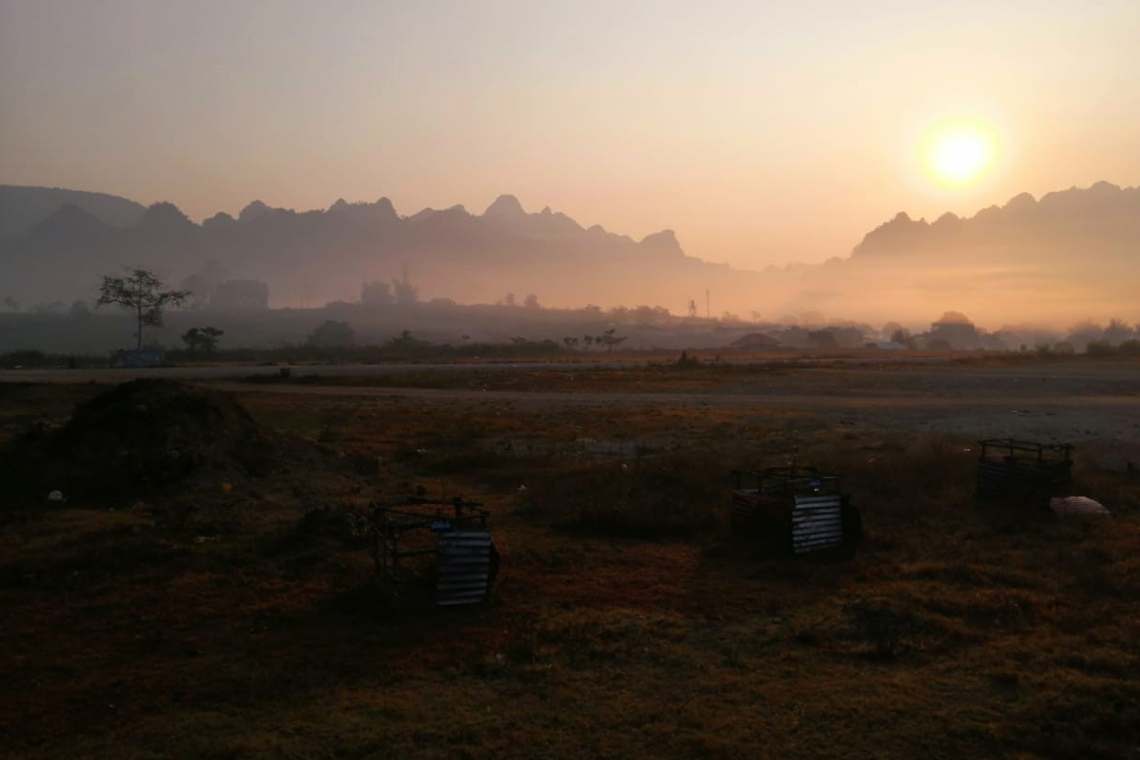 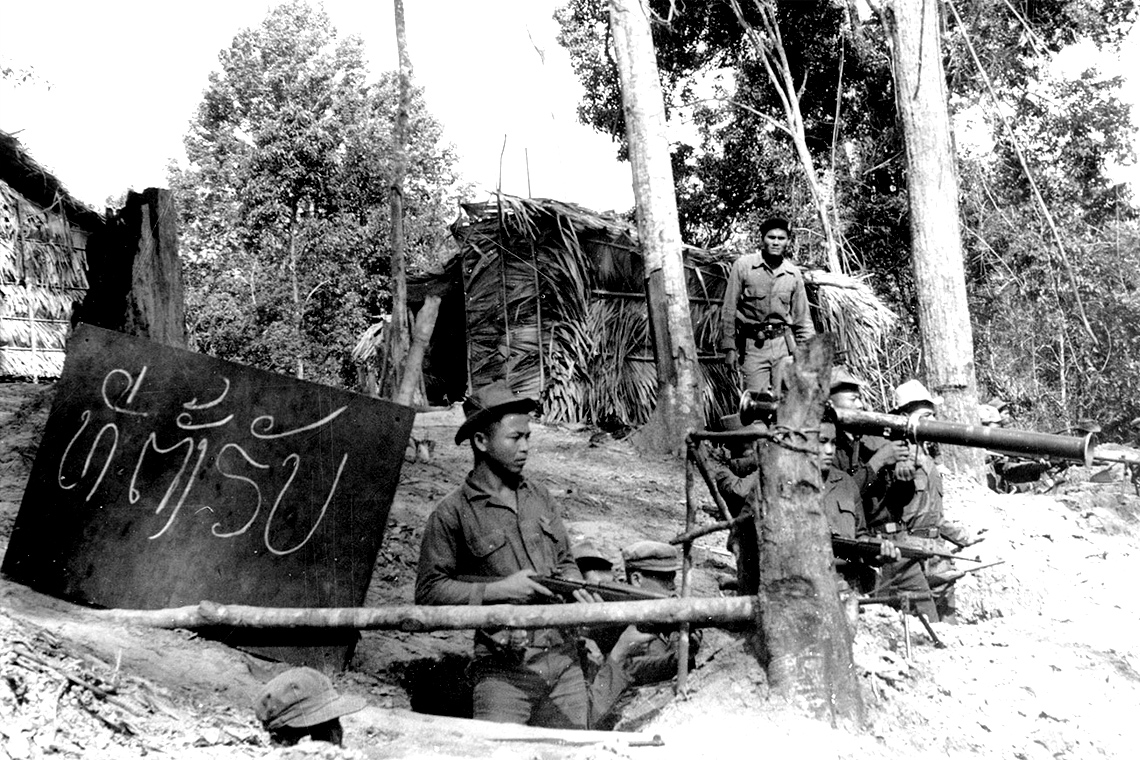 During the Secret War in Laos there were many places of significance, with Long Tieng being the most famous. Luckily for us it is recently open to the public, and this tour will head straight for this mountain outpost that served as the command and control center of the counterinsurgency here in Laos during the 1960's and early 70's.

We will also visit many other important Lima Sites and talk about their history. And in between we will see stunningly beautiful landscapes, eat local meals and take in their unforgettable hospitality, and visit some of the most popular destinations in Laos.

This tour can be accommodated with minivan, 4x4 truck, or motorcycle.

We start our journey heading north east towards Xaysomboun, Laos' newest province established in 2013. Previously called the "special zone", Xaysomboun is very mountainous and was covered in thick jungle, making it the perfect strategic logistical location and hideout during the 60's and early 70's. Recently there has been logging and mining activity (upwards to 3,200 Hmong work in large mining projects) but most of the Hmong, Khmu, and Lao Leum still primarily live off of substistence farming and hunter gathering. And you will be as new and novel to the locals as they will be to you.

By noon we should arrive in the town of Anouvong, named after king Anouvong whose reign was from 1807-1812. Anouvong is the home of Phou Bia, the highest mountain in Laos standing at 2,820 meters and part of the  Annamite Range which covers 1,100 kilometers through Laos, Vietnam and a small portion of Cambodia.

From here we will continue on through some of the most beatiful and unspoiled countryside to the town of Long Tieng, where we will stay the night (200 km).

Once considered “the most secret place on Earth”, Long Tieng was the country’s second largest city until the mid-1970s and one of  the busiest airports in the world.  The town had a population of 40,000 made up mostly of Hmong soldiers in traditional clothing, Khmu and Thai Leu in military outfits, Thai mercenaries and American pilots. Here the Hmong set up businesses such as taxi sevice, cobblers, food vendors and equipment repair.

Today there are still many remains of what was the center of a guerilla-led clandestine war on communism backed by the CIA. We will spend the whole day exploring the area including Skyline ridge, the airstrip and buidings that are leftovers from the Vietnam war era.

After breakfast we will resume touring Long Tieng. There is a lot to take in, and we will cover anything we missed the day earlier and go over some areas again with a different light.

Then we leave for Phonsavan, which we will reach in the afternoon passing through Xam Thong Lima Site 20 which played a major role in the war. A new school stands on the old Hospital base, and the Air America bunk House Chimney is still standing.

Upon arrival in Phonsavan we will visit the Plain of Jars; a huge site of stone urns, some with lids. What the jars were used for isn’t known, but there are many guesses. The most popular guess is that the jars were used as a ‘burial ground’. Time permitting we will visit the 1000 step Mountain and the spoon Village. That evening we will enjoy a nice local style Lao meal in town and then back to our guesthouse.

We set off on another early start and head north to our next destination, Xam Neua. On the way you will be constantly treated to spectacular views that will leave you speechless.

40 Kilometers north of Phonsavan is the town of Muang Kham, where the road from there to Nong Haet is noted for its Thai Dam funerary shrines with white tombs, prayer flags and offerings. Further up the road is the Tham Piew cave, where on 24 November 1968, at the height of the Secret War, a US fighter plane fired rockets into the cave used by farmers from the surrounding villages for shelter. The first three rockets missed, but the fourth hit, killing all 374 men, women and children who were sheltering within the cave.

Today there is a small museum and statue near the cave with a man holding a deceased child to remember what happened there. This is a rare scene in Laos where the past is not usually brought to light.

From here we again head north right through two protected bio diversity areas; the Nam-Et Phou Louey and the Nam Xam area. The Nam-Et has until recently had the last living group of south east Asia tigers.

After arriving in Xam Neua in the early evening, we will settle into our guest house. We’ll need to rest up as tomorrow will be a busy day of sight seeing. In particular, the Viengxai Underground Cave Complex, which the Phatet Lao used to run their war effort during that historical conflict.

The Viengxay caves in the north-eastern province of Houapan are more than 480 in numbers and housed up to 23,000 people. mountains. They served as the Phatet Lao's base and shelter from US bombing rainds during the war.

The caves had a hospital, a school, a bakery, shops and even a movie theater. It was home to many communist troops, and also American prisoners of war due to its close proximity to Vietnam.

The complex is ingenious and sophisticated. Caves were split into living areas connected by tunnels to larger communal areas, military barracks and government quarters. The bombing outside was so intense that local farmers would only work ther fields at night when the bombing stopped.

We head into the Hills for another full day, and drive to Lima Site 85. Supported by a 210 meter runway in the valley below, this site was upgraded in 1967 to one with an all weather night bombing radar unit allowing the Lao and US airforces to lead accurate raids and made flying safer. The North Vietnamese retaliated by launching many attacks on the site and finally after a ferocious battle took it over in March, 1968, and destroyed all the equipment. This battle took over 42 Hmong lives and 12 Americans.

Fifty years later, we take the steep climb to that mountain top, and are now rewarded with breathtaking views. We leave the site, and head for Muang HIam, (Viengtong). There, we enjoy the Hot Springs, and stay overnight in a local guest house.

Today we will visit Lima Site 36, a TACAN site near the village of Ban Nakout. Just outside the Village the airstrip is still visible. From 1965 Lima Site-36 was used as a forward base for U.S. Air Force combat search and rescue helicopters of the 38th Air Rescue Squadron. Two squadron helicopters would deploy at dawn from Udorn Royal Thai Air Base to LS-36 and the crews would then pass the time awaiting distress calls from aircraft on missions over Laos or North Vietnam. At the end of the day the helicopters would return to Udorn.

The Village itself is testament to that time, as war scrap can still be seen everywhere. Yet now the main focus is weaving and selling souvenirs. After we tour the area we will head back to Luang Prabang for a wonderful meal in one of Southeast Asia's most scenic and favorite towns.

On this day we will tour around Luang Prabang, visiting the temples, famous sites, and learning about the history of this charming and diverse town. There is so much to take in here, including nice places to eat, shop and relax. We will also visit the UXO (Unexploded Ordnance) museum, and then head off to Kuangsi Waterfall where you can take a swim and or get in a little hike.

After the Falls we will take a ‘sunset cruise’ in the evening to see the day giving rise to darkness. The mekong offers some of the most beautiful sunsets.

We start our tour by leaving Luang Prang and heading south through twisting terrain to Xiang Ngeun and up into the mountains to the Kasi Pass. From there it’s all downhill and we will pass by Lima Site 25 near Kasi and Lima Site 16 which served as the airstrip runway in Vang Vieng, where we stay overnight.

What used to be rice fields set amongst some of the most scenic mountains and surroundings turned into a backpacker haven fifteen years ago. It became famous for its tubing down the river, rows of bamboo huts selling Lao and western food and showing "Friends" reruns on TV. This vibe is still there, but now the town is starting to asstract a more sophisitcated traveller coming for the beautiful landscapes, hiking and and light adventure. Vang Vieng is a fun place, and great for our first night’s stop.

Here we will have the option to take an Air Balloon ride and catch the views of the Karst mountain range and the stunning scenery which makes this an outdoor adventurers haven. (200 km)

Our last day, and we head back to Vientiane via Route 13.

On arrival in Vientiane, we have some sightseeing to do at the Buddha Park. Then, before arriving at our Hotel for the evening, we will do some souvenir shopping. Following that, we head out for a relaxing evening, and our last meal together.