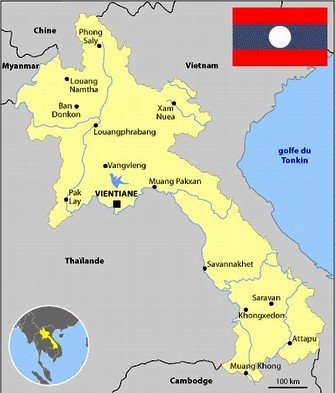 The still quite unknown Mekong River flows through almost 1,900 kilometers of Lao territory from the North to the South and is the main geographical feature of Laos.   The Mekong forms a natural border with Thailand on over 800 kilometers but has only a few bridges. At the moment there are only 3 bridges over the Mekong from Thailand to Laos.

With a total area of 236,800 square kilometers, the country is divided into three distinct regions: diverse mountains, plateaus and plains along the Mekong region. Around three-quarters of Laos are actually made of mountains and plateaus especially in the areas of the North and South-East. Northern Laos is dominated by rough mountains, jungles and agricultural areas.  The plain region is located along the Mekong River and forms the other quarter of the country.

Climate in Laos and the northern Mekong region

The climate is tropical monsoon with two distinct seasons: a dry and a wet season.   The dry season lasts generally from October through April and the wet and rainy season lasts from the beginning of May to end of September.   Severe rains lasting for a short period of time are falling during the monsoon.   The yearly average temperature is around 28 degrees Celsius, but it can fall to 15 or 10 C° during the cold season. It can also freeze in the Plain of Jars during winter time. 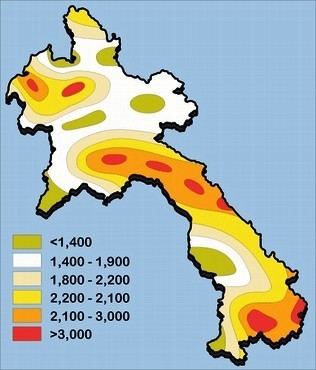