Meeting house – Houay Peng Village: The village of Houy Peng has 48 Khamu families, around 233 people. It is approximately an hour away from Luang Prabang. Fair Trek teamed up with the villagers and several groups of student volunteers to rebuild this village’s community meeting house. Because of the growth in the population of the village, the existing meeting house was starting to be too small for the community. The construction consisted in tearing one wall down and making an addition to the pre-existing foundations. The room was made bigger and the whole construction got a cement and paint retouch. More details

Meeting house fence – Long Lao Mai: The village of Long Lao Mai is 45 minutes away from Luang Prabang. It is also the village where the first Eco Bungalow was opened! (Find out how you can visit the Bungalow following the links below!) Fair Trek has partnered with this community for years and our relationship is stronger than ever. The community gets financial benefits for all the customers that stay in the Bungalow. Each visitor also pays an entry fee and a village fund. The village fund works as a community bank account for savings and the community gets together to decided what to do with this money. This time, the community decided to invest it in making their community house better and put a fence around it. This prevents mud, animals and strangers to come into the community meeting house making sure it is in good condition when the community need it.

Fence – Houy Fay Village: Fair Trek’s work with many groups of volunteers result in the village of Houy Fay having a beautiful primary and preschool and now, they also have safer grounds! The pre-school was totally redone, changing the mud floor and bamboo construction to a concrete and cement construction. The primary school was repainted and now the structures are a great place to focus and study. The only thing missing was a fence around the school grounds. The school is located right next to the main road access to the community making it less safe for the students. Also, if you’ve ever been to a village in Laos you know there are tons of farm animals ( like pigs, hens, cats and ducks) roaming around. These animals, even though harmless, can damage or make the classrooms dirty. This fence makes the school safer, keeps it nice and clean and assures the school to be maintained like this for a longer period of time. The community of Houy Fay couldn't be happier! Around 66 students benefit from these projects that change their every day. More details

Painting Primary school – Houy Fay Village: Fair Trek has had a relationship with Houy Fay village since the branch’s beginnings. It is one of the villages that Tiger Trail tours go to often and because of this, Fair Trek decided to start working together to make sure tourism was used as a positive force and all the parties involved benefit. So after taking down the bamboo pre-school that this village had and building a new one made with cement and cinder block, Fair Trek decided it was only fair to lend a hand in improving the primary school as well. All that was needed was a retouch in the paint of the walls. The groups that participated had an amazing time in this village! The result was beautiful and its one more successful project for the Fair Trek books! More details

Preschool – Houy Fay Village: Houy Fay Village is around 1 hour drive from Luang Prabang. This community is Khamu and around 79 families live here. The community has around 12 preschool students. When Fair Trek first partnered with the community, they had a pre-school made with bamboo walls and mud floor. All the students had to share 1 classroom even though they had different ages. After a long work with the community and several groups of students, the community now has a safe and practical preschool made of concrete and wood. See pictures of the before and after!

Water Tank - Houay Fai Village: During the last 5 years, the number of families have increased in this village. This means that the initial water tank that the community had, was not enough to supply water for all the community’s needs. This is why Fair Trek partnered with the community and several student groups to build a second water tank. Since its construction, many families have better and constant water flow to their bathrooms. 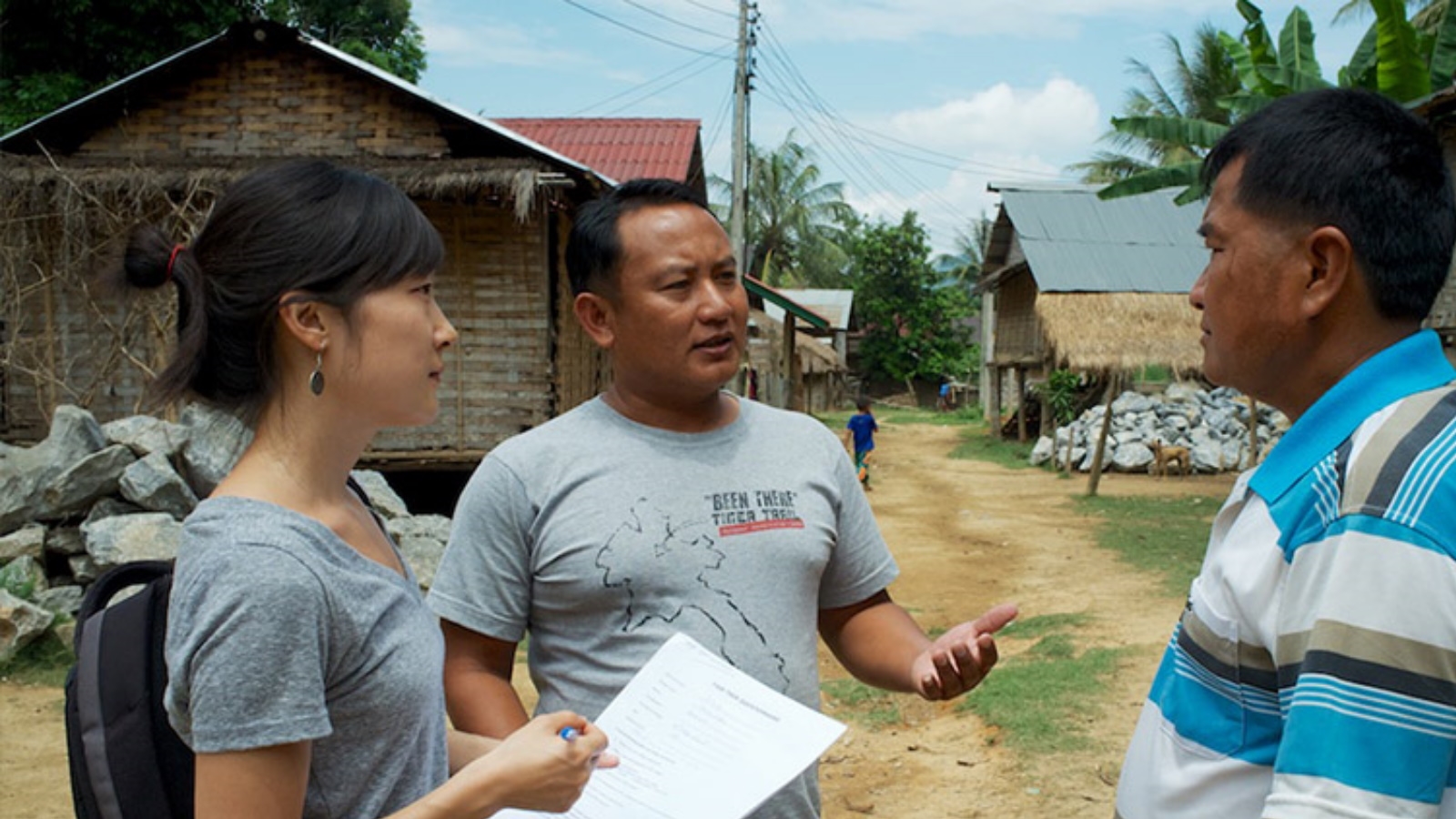